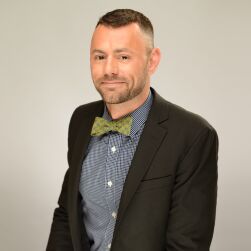 Jonathan Melton is a Board Certified Specialist in Family Law and Certified Mediator for Family Financial Cases. Prior to joining Gailor Hunt Davis Taylor & Gibbs, P.L.L.C., Jonathan served as a judicial law clerk for the Honorable Richard A. Elmore of the North Carolina Court of Appeals; he focuses a portion of his practice specifically on family law appeals.

In October 2019, Jonathan Melton was elected to Raleigh City Council as an at-large council member. Raleigh City Council is the governing body for the city of Raleigh and is comprised of eight members, including the mayor. Five of the members are elected from the five districts that cover the city, and the remaining three members, including the mayor, are elected at-large, or citywide. Jonathan serves as the chair of the City Council’s Economic Development and Innovation Committee.

Jonathan has been selected as a North Carolina Rising Star by Thomson Reuters Super Lawyers and elected to Business North Carolina’s Legal Elite in the categories of Family Law and Best Under 40 (“Young Guns”). In 2020, he was named in Raleigh Magazine’s “Thirty in Their 30s” and received the Triangle Business Journal 40 Under 40 Leadership Award.

Jonathan was a chapter editor of the second edition of the North Carolina Family Law Case Book and has presented at continuing legal education seminars on family law-related topics.

Jonathan graduated from the Honors Program of North Carolina State University in 2008 with a B.A. in Political Science. During his time at NC State, Jonathan served as president of his fraternity, Delta Upsilon. Jonathan earned his law degree from North Carolina Central University School of Law in 2011, where he was a member of Phi Delta Phi, a legal honor society. Jonathan was admitted to practice in 2011 and is a member of the Wake County Bar and North Carolina Bar Association.