During a marriage, spouses generally acquire property, whether it’s a home, cars, bank accounts, a business, IRA’s or stock options. North Carolina law outlines the debt division and distribution of this property.

Once a couple has separated, either party may ask the court for an equitable distribution of marital and divisible property.

Marital Property is defined as real and personal property acquired by either spouse or both spouses during the course of the marriage and before the date of separation of the parties, and presently owned, except property determined to be separate property or divisible property.

Video: How Can I Protect My Business If I Divorce? 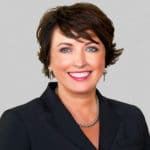 The content on this page was reviewed by Gailor Hunt Jenkins Davis Taylor & Gibbs, PLLC managing partner Stephanie Jenkins. You can learn more about Stephanie's experience and expertise on her bio page. If you have a question about this page, you can email Stephanie at sjenkins@divorceistough.com.