What is a Postnuptial Agreement?

Spouses can enter into contracts with one other during their marriage. A contract signed by spouses during the marriage which addresses spousal support and/or the distribution of property between spouses is known as a “Postnuptial Agreement.” Postnuptial agreements are often used in situations where spouses separate but are still legally married and are considering reconciliation.

Support: The North Carolina legislature has recently determined that Postnuptial Agreements may contain provisions which waive or establish spousal support, such as alimony, so long as 1) the parties are separated when they sign the agreement, 2) the contract is in writing, 3) the provision waiving the rights or obligations is clearly stated, and 4) the contract is signed and notarized by both spouses. A postnuptial agreement cannot contain provisions for child support or custody.

Property:  In addition, spouses may contract with each other with respect to the disposition of their real and personal property acquired during the marriage, regardless of whether or not they are physically separated when they enter into the agreement. For example, spouses may enter into a Postnuptial Agreement giving the marital home to Wife as her separate property. Or they may enter into a Postnuptial Agreement to clarify that each spouse’s retirement account(s) are his or her separate property and will not be treated as marital if the parties separate.  Many couples who experience infidelity by one or both spouses use postnuptial agreements as a way to facilitate reconciliation.

If you need assistance navigating a postnuptial agreement, contact an attorney at Gailor Hunt Davis Taylor & Gibbs, PLLC for a consultation today. 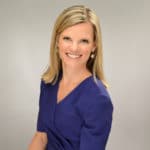 The content on this page was authored and fact-checked by Gailor Hunt Davis Taylor & Gibbs, PLLC divorce attorney Carrie Tortora. You can learn more about Carrie's experience and expertise on her bio page. If you have a question about this page, you can email Carrie at ctortora@divorceistough.com.