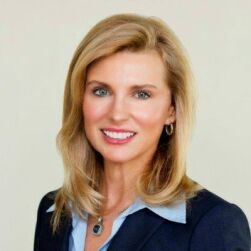 Stephanie Gibbs is an equity partner, a Board Certified Specialist in Family Law, a certified Family Financial Mediator, and a parenting coordinator. Stephanie, who was an award-winning investigative reporter before earning her law degree, joined Gailor Hunt Davis Taylor & Gibbs in 2005 and has been a partner since 2014.

Stephanie was a criminal defense attorney in private practice with G. Bryan Collins, Jr., now a Superior Court Judge for the 10th Judicial District. She also served as a law clerk to the Honorable Martha A. Geer at the North Carolina Court of Appeals. Before and during law school, Stephanie served as a guardian ad litem in Wake County, looking out for the best interests of abused and neglected kids in foster care.

Stephanie is a Commissioner on the Chief Justice’s Family Court Advisory Commission, and previously served as Co-Chair of the Legislative Committee of the Family Law Council of the North Carolina Bar Association. Stephanie also is a member of the Local Advisory Committee of The Child’s Advocate, a project of Legal Aid of North Carolina that seeks to give children a voice in high-conflict custody cases, as well as children who were victims or witnesses in criminal cases.

In 2003, after working more than 20 years as an award-winning newspaper journalist – a career that included numerous investigative stories, as well as on-location coverage of the Persian Gulf War and the U.S. embargo against Cuba – Stephanie received her law degree from the University of North Carolina Law School. Stephanie was a member of the National Moot Court Team during law school, and she was recognized upon graduation for her pro bono service as a guardian ad litem for children in foster care.

Professional Associations and or Memberships