Home › Blog › 401(K)s and Retirement Assets are Marital Assets, Despite Who “Owns” Them

401(K)s and Retirement Assets are Marital Assets, Despite Who “Owns” Them Your retirement account is likely one of your largest assets. Determining what happens to these critical funds is a key issue in your divorce.

The 401(k) is probably the most powerful retirement savings tool available to individuals. The balances can be large – should be large – enough to sustain your standard of living in your retirement years. But in North Carolina, these funds are not necessarily the sole property of one spouse, despite whose name is on the account statement. Retirement funds earned during the marriage should be considered in any equitable distribution of marital property.

Throwing legal issues in with financial ones can get complicated fast; let’s start with the basics.

What is “equitable distribution” in divorce?

North Carolina is an equitable distribution state. The court will want to see a fair division of marital assets; usually this means marital property is divided equally. Throughout your divorce process, you will have opportunities to work with your spouse to decide on a who-gets-what division – but remember the court wants to see an equitable split. If you cannot agree on terms together, the court may do it for you.

What counts as “marital property”?

How should we handle 401(k)s in divorce?

Occasionally courts order or parties agree that each will simply keep their respective retirement accounts, for instance when the marital portion of the accounts are similar in value. However, when a majority of the retirement assets earned during the marriage are in one party’s 401(k) account, a portion of that account is typically transferred to the other spouse (“recipient spouse”) in order to fairly distribute the marital estate.

To divide a 401(k) account, you’ll need an order (a “qualified domestic relations order,” to be specific). This order instructs the 401(k) plan’s administrator how to handle things. Three options are typically available for these transfers under a 401(k) plan:

• The recipient spouse may elect to roll the assigned share of the funds directly into a separate individual retirement account;
• The recipient spouse’s assigned share of the funds can stay in the 401(k) plan in a segregated account, with directions as to how they are to be distributed upon retirement; or
• The recipient spouse can elect to receive a cash payment from the account. Withdrawing directly from the 401(k), however, requires careful thought: Substantial tax consequences might arise if this kind of payout is elected, particularly if it occurs before age 59½, when tax penalties for early withdrawal likely apply.

If the recipient spouse elects to roll the assigned funds directly into a standalone traditional individual retirement account (i.e. an IRA), the 401(k) plan administrator typically simply sends a check directly to the brokerage firm that manages that IRA.

Note: None of this is standardized or a static part of every divorce. Dividing a 401(k) is NOT merely included in the legal fine print. This distribution of funds must be specific, and there is no way around the qualified domestic relations order, which requires both the approval of the court as well as the plan administrator (which is on the hook to make sure all the I’s are dotted and T’s crossed correctly so that the Order complies with the terms of the 401(k) plan). Further, every case is different and should be judged on its own merits. 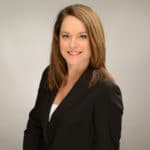