Alimony is defined by N.C. Gen. Stat. §50-16.1A as “an order for payment for the support and maintenance of a spouse or former spouse.”

Who pays it? How is it calculated? What factors influence how much alimony one receives? The answers aren’t as straight-forward as you might think.

Why does alimony exist?

In general, alimony exists to create two financially comparable households upon separation. Alimony can be traced back to the Babylonian Code of Hammurabi which obligated a man who divorced his wife to provide an allowance to sustain her needs, and those of their children.

If the parties are able to resolve their issues outside of court, they can determine the details of any alimony payments in a separation agreement. These details include which spouse will pay alimony to the other, the amount of the alimony payments, and the duration of those payments. If the case goes to court, a judge will determine whether one spouse is a supporting spouse, whether the other spouse is a dependent spouse and how much money the dependent spouse will receive each month, and for what length of time.

How is alimony calculated?

There is no formula for calculating alimony, but typically the process for determining alimony involves several rules of thumb.

Again, if the couple resolves their issues outside of the courtroom in a separation agreement, they determine the amount and duration of alimony payments through discussions with their divorce attorneys and, most likely, some degree of compromise.

However, if the case goes to court, the spouse requesting alimony must prove to the court that he or she is a dependent spouse and that the other spouse is a supporting spouse. In order to make that determination, the court will consider factors such as:

Just as there is no formula for calculating the amount of monthly alimony payment amounts, there is no formula for calculating the duration of the payments. One rule of thumb is that the dependent spouse is likely to receive alimony for half the length of the marriage. For example, if the couple was married for 10 years, the supporting spouse would pay alimony for five years. With that said, this rule of thumb is not a requirement, and it is up to the parties and their divorce attorneys – or the judge – to determine

What other conditions factor into calculating the alimony payment?

Marital misconduct is relevant in setting the alimony payment. If the dependent spouse commits adultery, he or she is barred from receiving alimony in the state of North Carolina. Likewise, if the supporting spouse commits adultery, he or she must pay alimony. In North Carolina cases involving adultery, alimony can be used punitively, and the act of adultery can affect both the amount and the duration of alimony payments.

Other forms of marital misconduct may also be relevant to the analysis, although they won’t bar an alimony claim altogether, as is the case with adultery. These other forms of marital misconduct include, among other things, indignities (such as name-calling and public humiliation), excessive use of alcohol and drugs, reckless spending, cruel and barbarous treatment (including domestic violence or any type of physical abuse), and abandonment.

Is there a formula for calculating child support?

In some cases, a formula is used for child support calculations. For couples who have a combined gross annual income of less than $360,000 per year, child support is calculated using the North Carolina Child Support Guidelines which is an income shares model that is based on the number of children, monthly gross income, the number of overnights the children spend with each parent, work-related child care costs, health insurance premium costs, and extraordinary expenses. The amount is calculated using one of three worksheets: worksheet A (used when one parent has primary custody), worksheet B (used in cases where parents share custody), or worksheet C (used when one parent has primary custody of at least one of the children and the other parent has primary custody of the other children).

If the parties have a combined gross annual income in excess of $360,000 per year, the Child Support Guidelines do not apply and child support is based on the child’s needs and expenses. Our child support video contains more information on calculating child support.

An antiquated idea, or evolving with the times?

While some argue that alimony – with its Babylonian roots – is an antiquated concept, the process of determining alimony payments has clearly evolved along with society. By evaluating the financial needs and assets of both parties, and even accounting for situations involving marital misconduct, the process for determining alimony is typically grounded in fairness and equality. 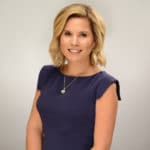 Jaime Humphries Davis joined Gailor Hunt Davis Taylor & Gibbs, PLLC in 2001. Jaime is a Board Certified Family Law Specialist whose practice incorporates all areas of family law, with a concentration in complex equitable distribution and child custody matters, including relocation and interstate cases. Jaime also focuses on family law contracts, including Premarital, Postnuptial, Separation and Property Settlement Agreements. If you have a question about this article, you can email Jaime at jdavis@divorceistough.com.