Our very own Jonathan Melton was recently featured in Attorney at Law Magazine. Click here for the original interview.

Jonathan Melton: Coming from a Place of Yes

Jonathan Melton grew up in Mooresville, NC, also known as “Race City, USA.” But as early as fourth grade, he knew his career path was not around a NASCAR racetrack but to a courtroom and ultimately to a family law practice.

After graduating from NC State with a degree in political science and earning his Juris Doctor from NCCU School of Law, he joined Raleigh-based Gailor Hunt.

Melton is a board-certified specialist in family law and a partner at the firm. He is a litigator and often called in on cases involving domestic violence, child custody, and family law appeals. 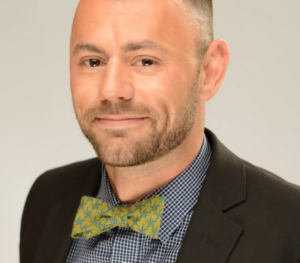 “I’m dealing with folks who may not see their children as much; or who may have to divide assets they worked their whole life to acquire; or who may no longer be speaking to their best friend,” said Melton.

“There is just this emotional aspect of it that isn’t easily digested. I like helping folks through that process. I often say we have to get you to the other side of the mountain; you can’t really see where you’re going yet,” he explained.

Melton starts cases looking for a settlement. If that doesn’t produce results, he is willing to be the tough guy. “I can take that position and advocate for your interests. You do not have to feel bad about doing it. Don’t stress about this because I can take it on for you.”

Gailor Hunt’s slogan is “Divorce is Tough.” Melton said that translates into easing the burden of what is usually a very emotional process for his clients lasting up to a year, and sometimes longer.

“Obviously, the client gets to make the final decisions. I try to guide them in the right direction and be strong for them when they cannot be strong for themselves. I also try to tell them when I think they are being unreasonable. I have to stay objective,” said Melton. “I want them to look back when the fog has lifted and think, ‘I made the right decisions, and I had a lawyer that really looked out for me.”

In 2010, Melton’s friends in Washington, DC created an LGBTQ and allied kickball league called Stonewall Kickball. When Melton went to visit, he recalled, “I experienced how their league created a sense of community for its players, and I thought Raleigh should have that too.”

He launched a Raleigh chapter in 2013 that has grown from 125 players to 2,500 participants. In addition to sports, the chapter engages in community service projects and fundraisers for local organizations, such as the LGBT Center of Raleigh, InterFaith Food Shuttle, and TLC (formerly Tammy Lynn Center), which supports children with developmental disabilities and their families.

The same sense of community involvement drove Melton’s 2019 successful campaign for an At-Large seat on the Raleigh City Council.

“I felt like there was sort of an older way of thinking that was holding the city back. The council wasn’t representative of the changing demographics of the city. I’m a gay man, and there had never been an out gay elected official on the city council. I was younger. I came from a nonprofit background. I had a law degree, and I thought, ‘If not me, then who? I can be useful, too,’” recalled Melton.

“Raleigh is growing very quickly. Let’s harness that growth and make sure that we’re doing it in an equitable way. Let’s take the lid off, and let’s reach our full potential.”

A PLACE OF YES

Melton’s community leadership, City Council activism, and successful law practice earned him recognition as one of Triangle Business Journal’s Top 40 Under 40 this year.

He pegs his success to his philosophy of life, which ‘comes from a place of yes.’ “It’s working through problems from a ‘yes’ standpoint. Yes, we can accomplish these goals, and here’s how we should do it,” said Melton.
“It ties back to my legal process of ‘Let’s try to resolve your case out of court if possible because you’re the one making the decisions.’’’