The Economy’s Impact on Divorce and the Division of Property

North Carolina Family Law Attorney Discusses How the State of the Economy Impacts Family Law Issues and the Division of Property in Divorce.

Video: The Economy & Its Impact on Divorce & Separation

The method by which the division of property in a marital estate is valued by North Carolina family law attorneys under North Carolina law is to add the value of all assets accumulated during the marriage and prior to the date of separation including, equity in the house, retirement accounts, brokerage accounts, bank accounts, personal property and the value of any business owned by a spouse. From that value all debt accumulated during the marriage is subtracted resulting in the net value of the marital estate and the division of property between the divorcing spouses.

The Economy’s Impact on the Value of the Marital Estate

The current state of the economy is impacting settlement of the division of property in divorce in a number of ways. First, assets typically valued in the marital estate are currently at an all time low. Housing has significantly depreciated. Stock values have significantly decreased in value and retirement accounts are worth considerably less. Receiving an asset at a significantly depreciated value in divorce can be a double edged sword. On one hand, when the market comes back, the asset may be a windfall to the recipient. This is true if a spouse receives real estate or a retirement account that is temporarily depreciated or a business whose value is significantly depreciated. However, if the recipient of a depreciated asset such as a home or business cannot manage to maintain the asset until the market comes back, he or she may lose it all with the ultimate result being a division of property that is not equal.

For example, if the marital estate contains the following assets:

The presumption under North Carolina law is that there will be an equal division of property between the parties. Under the above example, the current marital estate is valued at $1,175,000, and each spouse would be entitled to assets valued at one-half of the current value of the marital estate or $587,500.

If the husband receives his business, the home (because only he can afford the expenses associated with the home), and his retirement account, his total amounts to $1,050,000. Consequently, he must pay to the wife a distributive award in the amount of $462,500 so that there will be an equal division of property.

However, if the husband can afford to hold on to the assets until the market comes back, he stands to receive significantly more than the wife in the long run. Spouses should consult with a North Carolina family law attorney to advise in the structure of property settlements.

Some spouses who feel that divorce is not a question of if but when, are choosing to divorce while assets, especially spouse owned businesses, will be appraised at a low value. In some cases, spouses are biding their time and waiting for the market to stabilize before finalizing the division of property and/ or support settlements, because it is unclear what funds will be available for distribution or support in the future. It is important for divorcing spouses to seek the advice of a North Carolina Family Law Attorney experienced not only in divorce but financial matters to make sure they protect their future in the long run through a properly structured settlement.

Spouses who have concerns about the stability of their marriage may want to enter into a marital contract called a Postnuptial Agreement to protect their financial future in the event of a divorce and to provide for the division of property.

Hope for the Best. Plan for the Worst. 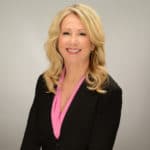 Cathy Hunt is an attorney in North Carolina representing business owners going through divorce and clients with complex financial estates. She also represents mothers and fathers with complex custody cases. Cathy has experience in the formation of business entities and subsequent representation on corporate matters, providing her with the expertise necessary to understanding complex equitable distribution cases, especially those involving business valuation issues. If you have a question about this article, you can email Cathy at chunt@divorceistough.com.