Video: How Important is a Prenup? Confessions of Skinnygirl Mogul Bethenny Frankel

Premarital agreements allow for parties to contract for a variety of issues, including but not limited to the distribution of property in the event of divorce as well as the modification or elimination of alimony. Premarital agreements may also define what constitutes martial property and how it is created, which may differ from how marital property is defined by statute in North Carolina.

What is Required For a Prenuptial Agreement?

Video: Is a Premarital Agreement Right for Me?

The experienced lawyers at Gailor Hunt Davis Taylor & Gibbs, PLLC can assist you in making an informed decision and covering the issues that are important to you. These issues can include how to protect pre-marital assets or how income will be handled between the parties. Contact us today to learn more. 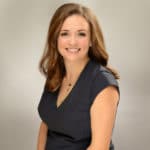 The content on this page was authored and reviewed by Gailor Hunt Davis Taylor & Gibbs, PLLC divorce attorney Meredith Cross. You can learn more about Meredith's experience and expertise on her bio page. If you have a question about this page, you can email Meredith at mcross@divorceistough.com.