Video: What Are The Rights Of Unmarried Same Sex Couples?

Marriage laws have rapidly changed in North Carolina and across the country. In May 2012, 21 percent of this state’s registered voters cast ballots in favor of a constitutional amendment banning same-sex unions. Fast-forward 18 months to October 2014 and a federal district court invalidated that amendment. And, on June 26, 2015, the U.S. Supreme Court made marriage equality the law in every state. But how do these changes affect our LGBT clients?

The biggest, and most obvious, effect of the recent Supreme Court ruling is that marriages of same-sex couples are valid across the country. In its ruling the Supreme Court addressed two key questions: (1) does the Constitution require a state to license a marriage between two people of the same sex; and (2) if same-sex couples marry in a state where gay marriage is legal must other states recognize their marriage? The court said, simply, yes.

The effect of the Supreme Court ruling on that part of the statute is yet to be seen, but the language of the Supreme Court’s opinion certainly lends weight to the notion that our domestic violence law is likely to change. The Supreme Court held that the right to marry is a fundamental right under the due process and equal protection clauses of the Fourteenth Amendment. Basically, gay couples may not be deprived of the same right afforded to straight couples. The Supreme Court’s decision to root the basis of marriage equality in the equal protection clause of the Fourteenth Amendment naturally gives rise to the argument that same-sex couples should not be treated differently under any laws of this state.

That same logic could also spell doom for the recently-enacted state law which allows magistrates to refuse to perform gay marriages, if the marriages violate his or her religious beliefs. The practical effect of that law could make it more difficult for same-sex couples to get married. While the Supreme Court’s ruling does not directly invalidate this law, the argument remains that if a gay couple is unable to find a magistrate to marry them, then the new law interferes with the couple’s constitutional rights. Supporters of the magistrate law might argue that it does not violate a same-sex couple’s equal protection rights, because that couple could drive to another town to find a magistrate willing to marry them. It is likely we should expect that debate, and many others, to play out over the next year.

It is probably too soon for domestic lawyers to realize the effects of the recent Supreme Court ruling. But regardless of your personal beliefs on the issue, one fact is clear: same-sex marriages will have a substantial impact on our practice. 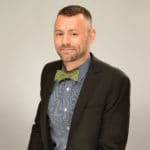